Now the company wants to take matters seriously on the gaming business, according to a recent report.

The company is ready to launch its own gaming app, “designed for creating and watching live gameplay.” Believe it or not, Facebook is also a big name in the gaming business.

In the last 18 months, Facebook’s Gaming app has been under
testing in Southeast Asia and Latin America markets.

Based on the initial launch schedule, the app was to be released later in June, but the current boom in the gaming business has made the company opt to push forward its launch dates. Over the past few months, the gaming industry has seen an upsurge in usage, as more people seek solace in this pandemic crisis.

Now that the app is ready, Facebook Gaming will be first released on Google’s play store and later on Apple’s App Store, after approval. The company is expected to release the app officially today according to the NewYorkTimes.

Facebook ubiquitous nature could be an unfair advantage, but the company still trails behind YouTube Gaming and Twitch, according to a report from StreamLabs.

By launching a completely gaming-focused platform, this could potentially draw in more fans who are just interested in this type of content on the company’s major platform without any distractions.

Facebook was ranked third in Q1, 2020 behind Twitch and YouTube Gaming. Facebook Gaming, however, recorded a massive 236% increase, year over year. Watch hours were up by three folds, streaming hours doubled and the number of concurrent viewers was up by 400 percent.

Join the community on Telegram

Instagram To Charge You to Insert Links on Captions?

Oppo to launch Android 11-based ColorOS 11 today, all you need to know

KNBS: Demand For Tech Gadgets in Kenya Spikes due to Covid-19

Instagram To Charge You to Insert Links on Captions?

Oppo to launch Android 11-based ColorOS 11 today, all you need to know

KNBS: Demand For Tech Gadgets in Kenya Spikes due to Covid-19 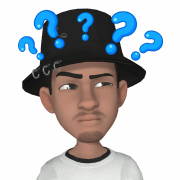 Top Budget Smartphones With 6,000mAh Battery You Should Consider

Check Also
Close
Newsletter
Buy us a cup of coffee :)
Facebook Twitter LinkedIn Pinterest Reddit WhatsApp Telegram
Back to top button
Close
Categories
About
Close
Tech Space Kenya uses cookies to ensure that we give you the best experience on our website. If you continue to use this site we will assume that you are happy with it.Ok